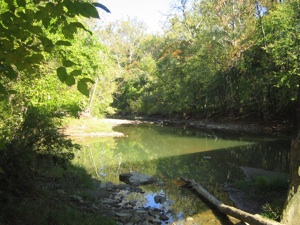 And so, if I had to nail it down, and I guess I do, my true topic is the journey of discovery. I’m a dreamer after all and this is basically what dreamers do.

Two years ago, I started working on a book called “Beastly John Skelton.” Beastly John started like many of my stories – I saw a little scene and then I started describing it. There was a girl playing in her backyard. She was new to the neighborhood and something of an outcast. A boy…

Have you ever stopped mid-sentence like that and realized just how ridiculous you sound trying to describe something you were supposed to write? Describing a story you tried/wanted to tell is a lot like trying to explain a joke after you’ve already told it.

I was out in the yard walking in circles, when I noticed a boy staring at me through the gap between the slats in the tall wooden fence. He had hair so blond it was white and his eyes were so dark they looked black. He was dressed all in black too, but not like other boys I had known. He was wearing a suit and his skin was very pale.
“You haven’t seen my cat,” the boy said.
“No, I haven’t,” I replied.
“That wasn’t a question,” he said. “It was an observation. You haven’t seen my cat, I can tell.”
I looked up into the crossing branches above, expecting to see some monstrous tiger lurking up there, but I only saw a pair of squirrels huddling together on a branch. It seemed rather odd for them to be just sitting there. They were obviously terrified.
John Skelton was watching the pattern of the leaves sway and move as the wind rustled the branches.
“I want you to stand right here,” he said and pointed to a spot of sunlight just at the edge of the shade.
“What do I do?”
“You just stand there. Kitty-Kitty is in there somewhere and we just need a reason for her to come out.”
“What sort of reason?”
“Bait.”
I wasn’t sure I liked the way he said bait, but I didn’t get the chance to think about it for long. The wind shifted overhead and instead of standing in the sun, I was now standing inside the flickering shade. All at once I felt something move behind me, something very large. I turned and saw a huge black shape looming up over me with pointed ears and holes where there should have been eyes that went clear through the black and out to the other side.

This is a slightly edited version, two separate bits joined up together, but I think it serves to convey a sense of what I was working on.

I worked on this book diligently for a few weeks, producing just under 20K words of semi-polished prose. The story was going along well, or at least I was discovering what the story was about. Every time I finished a chapter I let my son read what I’d written. His feedback was incredibly valuable not just because it served as an inspiration to write the next chapter but because he asked questions or pointed out things I hadn’t thought about…

“I can’t wait to find out what happened to Trevor Watson.”

Whoops. I hadn’t planned on answering that question. Trevor and his nice little family just disappeared. I’d barely even mentioned them… Had I just stumbled into a plot?

In November of that year, I went to a conference in rural New Jersey. I took the book along with me. I spent evenings and mornings in my room working on new chapters, but something sort of happened to the story. It got away from me a bit, became a little too dreamy, diffuse.

This is when I stopped writing the story altogether. For two years, my son has been needling me to write more about Beastly John Skelton and Lillian and Trevor Watson and, of course, Kitty-Kitty. I keep saying that I’m going to get back to it, but I haven’t. I go on to the next thing and the next thing. I flit here and there always dodging the subject, always trying on some new writerly cloak.

“I can’t wait to find out who Silas really is.”

My son said this just the other night after I finished reading the first chapter of Neil Gaiman’s The Graveyard Book, and it reminded me of our conversations about Beastly John. It reminded me of how I felt about books I’ve loved, books like Cannery Row and The Hobbit, books which are in essence about the journey of discovery.

I was thinking about this today when a section of Wallace Stegner’s Letter to a Young Writer came to mind:

The moment you begin writing for an audience, you begin wondering if you are saying what the audience wants or expects. Nevertheless, except for vaguely imagining the audience and hoping they are there, I urge you to ignore them. Do not write what you think they would like. Write what you like. Literature speaks to temperment, Conrad says. Your books will find the temperaments they can speak to and the particular virtue of your audience is that they shall leave it up to you what should be said.

Now if you go looking for this passage, you will find that I have taken some three or four separate paragraphs and plucked the sentences I liked best to form the little ditty above. This is not what Wallace Stegner wrote but rather what I felt in reading that particular section of his letter.

If you’re wondering, I’m not taking up Beastly John Skelton for NaNoWriMo, but I do have another idea and it is also a book for kids. This isn’t the story I originally thought of writing for NaNoWriMo but something totally new. I can’t wait to get started!

Also, I left in the bit above about Conrad because The Heart of Darkness is also one of my favorite books. Again, the journey of discovery… 🙂

Doing NaNoWriMo? Buddy up with me!

13 thoughts on “The Journey of Discovery”