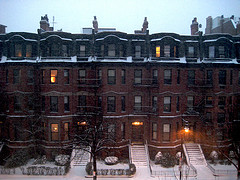 Well, I finished the 50,000 word bit. There’s still lots of writing left to do, or undo in this particular case.

I’m lucky to have a job that keeps me really busy in December otherwise I might slip into the all-to-familiar realm of post-novel depression. As it is, I’m just relieved to have the damn thing behind me.

This year, the going was especially rough. The One Name kept me going for a long time, but not even that could help me when the story failed… when the plot became so thin and contrived that I felt compelled to burn an extra 2,000 words writing an apology to myself for coming up with the idea in the first place.

Oh, the story is fine, as a story. As a book, well, maybe it just isn’t a large enough canvas or perhaps I’m not that sort of painter…

You might be feeling the same way right now. Even if you didn’t participate in the madness of NaNoWriMo, perhaps you have a work in progress that is flagging, a flaccid photocopy of a brilliant idea reduced to rubble by your ineffectual skills as a novelist…

Every story starts out like this. Even a book like Kip Frazier, which is taking me forever and a day to write, started out this way. Kip didn’t even come along until I’d written the the first story from five different vantage points. Kip didn’t even come along until I was deep, deep, deep into my worrying about the viability of the concept behind the story.

Don’t beat yourself up. Or if you do, don’t do it for very long. Make it quick and get it out of your system.

The last push was a monster of over 5,000 words. At the start of the month, a 5,000 word may not seem like much, but at the end of the project it’s like removing your eye with a pair of tweezers.

When I finally uploaded my text for verification, I stared at the screen for a few minutes. I thought that perhaps I’d never write again. That this was it. It was too much.

And then, something new came knocking…

The vampire lived at Number 7, a tidy brownstone with a little wrought iron fence running along the front. I stood at the fence. I was a little wary, but I’d been invited for tea and it would be so very rude to decline.

and it would be so very rude to decline.

That last line implies violence and that’s exactly what you’re in for if you decline.

Stories eat at your mind until you shut them away, and then they eat at your heart. Eventually, if you continue to ignore them, they force their way out or grow still and heavy in your soul. They crush you.

A story can kill you if you refuse to write it.

You are a writer and it is your job to write. Get used to the pain and get back to the keyboard.

8 thoughts on “This Is How It Works”