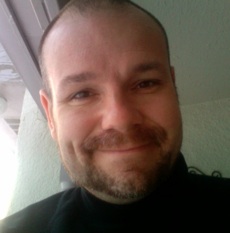 In my last post, I mentioned that I was torn between two different stories for my Clarion West submission. So, since I liked them both, I decided to flip a coin and ask all of you to submit your opinion.

Now the results are in and I’m pleased to announce that Steampunk “Huck Finn” is the winner!

32 wonderful people took the poll, which is more than I expected. A big thank you to everyone who cast their vote! I especially enjoyed the comments. I decided to post the lot below.

This is me cheering you on! I rather like the idea of a Steampunk Huck Finn, but honestly they both sound good. Good luck!
– Daphné Brunelle

Anything to do with a Mark-Twain-esque theme has got to be awesome. Alice in Wonderland/Nightmare before xmas-ish stuff has been way overdone lately….and it’s just not really as relevant to the here and now, imho. good luck with your entry!
– daniele

Steampunk is one of my favorite genres, so I had to vote for that one. Besides, steampunk + Huck Finn has to be a winning combination!
– Willow Holser

Feel free to give the book to someone else. Good luck with your story. We writerly types NEED to stick together!!!
– Monica Valentinelli

Both of those stories sound interesting. Good luck getting accepted into Clarion. Both prizes look wonderful. I chose the second, because I’ve been thinking recently about all the stories I’ve got that are “almost right” and all the supposed to be novel length stuff I’ve started and abandoned (well, sorta) and wondering what it is that’s stopping me from taking the next step with my fiction. Because I know my prose is good. *sigh* Thanks!
– Pamela Lloyd

Best of luck! It’s definitely inspiring that you’re trying to get in to CW despite the earlier rejection. Here’s hoping you make it in. =)
– Cat

Wow… love both pitches, personally. However, I think the Steampunk one sounds more marketable at the moment. 🙂
– jaymi elford

Thanks to you for writing about writing and inspiring me. And you are in C-bus. Write on.
– Nancy Smeltzer

Really? You’re soliciting comments from the very people who read your blog? You really are pretty brave. I voted the way I did mainly because I just watched The Nightmare Before Christmas for the first time. And I was less than impressed. Best of luck, Jamie.
– Jason Rehmus

The Steampunk “Huck Finn” is something I’d love to read once it’s ready. Plus, I’m curious to see what sort of inventions you’ll come up with.
– RoseColette

Good luck! And you’re totally right, I should be writing instead of surfing the internet right now…
– David Vaughan

Admit your level and how ready you are to learn in your letter. And have faith ;). I wish you all the luck in the world! I hope you make it, and if so, I hope I can make it up to say hi to this year’s class!
– Marguerite Croft

Hi Jamie, First of all, good luck! And secondly, I wholeheartedly agree with the decision to provide differing works for review. Best of luck – your site is more inspiration than you can imagine!
– Amy Morgan

You said one question… you didn’t say it would be so hard. 😛 Damn you, Jamie. One person shouldn’t get that many good ideas.
– Sarah

Both sound really interesting, but I always loved Alice & Wonderland, so I couldn’t resist voting for it. Can’t wait to see what you pick and get to read it. Best of luck getting into the program – it sounds great! 🙂
– Elise Koerner

Very best of luck to you!! Then you’ll have to change your twitter tagline “never had a lesson” to Clarion graduate ’09. 🙂
– Gigi Vernon

Mostly I’m just desperate to see what Steampunk “Huck Finn” looks like – because (disturbing to me) I have no trouble imagining how “Alice in Wonderland meets The Nightmare Before Christmas” would unfold. (That really is a bit disturbing, isn’t it?) 🙂
– Rebecca

These readers (and writers) voted but did not leave a comment. You get a special shout out for participating. 🙂

Of course, I also decided to give out a random prize. Now that we’re here, I can’t help but give out two. I’m just that kind of guy. On to the winners!

The winner of James Wood’s How Fiction Works is Laura the Delighted Scribbler! You can visit Laura on Twitter.

And the winner of Ralph Keyes’ Courage to Write is Jason Rehmus also known as longstride on Twitter.

Congratulations to Laura and Jason, and thanks to everyone who participated! This was big time fun!

Now I’ll have to scramble because Alice in Wonderland Meets Nightmare Before Christmas was really more done-done than Steampunk Huck. Isn’t that the way it goes?! 🙂