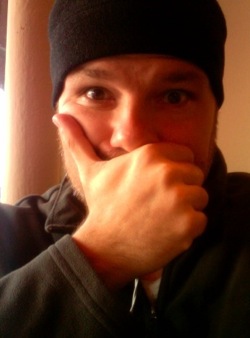 Uh… How long is this thing again?

A few moments ago, I took a deep breath and hit the send button. My application to Clarion West is on the move across the vast tubular network known as the Internets… Now it’s time to wait.

This is that moment when I feel really good about what I’ve done. Once more I’ve put myself out there. It’s progress. I’m moving forward.

Of course, there’s the unsettling feeling that there is a typo somewhere in the documents. No, scratch that. There is complete certainty of typos. This is me we’re talking about.

Nothing to do but shake my head and laugh!

I will say that I had a hard time writing my letter of introduction this year. Last year, it was easy. Fun. I had a nifty story to tell in that I was trying to get back to the writing game after many years as a hobbyist.

This year, I couldn’t quite tell the same story. Well, I could have, but it didn’t feel right. Much has changed.

So, while I struggled with what to say, I began to feel that I was saying all the wrong things. I am a writer. I am a storyteller. I don’t need to dream about that anymore. No, what I want is to get better and so I had a little fun with the essay.

I only wish I could insert the YouTube clip below into the PDF. I suppose the caption will have to do. 🙂

Let me tell you of the days of high adventure!

Every writer has a story to tell about their struggle to learn the craft. Yet, sometimes reading those stories is like watching that scene at the beginning of Conan where the kid is put on the wheel and toils away, going round and round for years, until he turns into a muscled-up hunk. We’re waiting and waiting for some action to take place, but it’s just round and round the wheel till someone comes along and takes the Conan away.

The story doesn’t really get started until Conan becomes a warrior and we find him sitting in a stoic manner in the mongol tent.

“Conan! What is best in life?”
“To crush your enemies, to see them driven before you, and to hear the lamentations of the women!”

And then, without warning, the warrior is set free and tossed out into the world to make his own way.

I’d love to say that’s me, but my hair is sort of going and I don’t think my wife would like me galavanting around on horseback with women in leather bikinis.

No, I’m the the wild man who who wears a pot on his head and argues with the spirits. I’m the wizard who drives away demons in the night. I’m the storyteller who brings you closer to the fire as I thrill you with tales from the days of high adventure.

Or rather, I’ve got the first two pieces. I’m still working on the thrilling tales…

As an artist, I’m drawn to tales that combine effects from several genres. I see the characters not as actors but as real people in a universe to which I’ve suddenly been invited. I’d like to learn more about driving plots to plausible conclusions as my work tends to sort of go on until it suddenly ends.

It wasn’t easy for me to figure this out. I spent many years fighting against what was natural. I struggled, as all writers do, till I came to understand that the best way to learn is to fail, then pick yourself up, see what happened, and try again.

At Clarion West, six weeks of intense work will give me plenty of chances to fail. In the end, I’ll come out a better writer. I might even find out how to be both hero and storyteller, but then I suppose that writers bent on becoming heroes tend to do less writing, since they’re so busy swinging swords.

NB: Yeah, I realize that I’ve taken the liberty of assuming that people know what the heck I’m talking about with Conan the Barbarian. However, Clarion West is a Science Fiction and Fantasy Workshop. People might be too artsy to admit it, but I think the odds are in my favor.

BONUS CONTENT! 😉 For the curious, here are my two story submissions (some revisions occurred since they were posted, but you get the idea):