Those of you who follow me on Twitter, may know that I promised to write an ode to the magnificence of Good King James Chartrand of Men with Pens.

So, without further ado, here is my song. Make of it what you will. I hope you enjoy it.

– with apologies to Harry, Harrison MacLeod and to poetry in general. 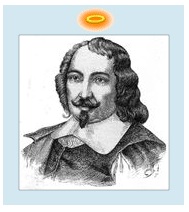 At crack-a-dawn
from old Quebec,
missives begin to fly.
Betwixt the bits
to far and wide,
the ink-fueled reign
of Good King James Chartrand
continues on in style.

The kingdom of
our Good King James Chartrand
begins with Men with Pens [dot-ca if you please not com]
and stretches to the niebu hordes
who dwell in twitterdom.
And let’s not forget
his generous
contributions across the Net,
like copyblogger and the rest
I would have shared
had rhyme and meter
not failed the test.

But Lo! [You have no idea how long I’ve wanted to say that in a post.]

As if this were not enough, [and apparently isn’t…]
the Royal hands
of Good King James Chartrand
are blessed with magic skills.
Measuring his posts alone
and the rate at which
they suddenly appear,
we watch in awe
then cheer the King
as he somehow finds more time
for comments, quips, and tweets.

For what wisdom flows
between the banks
of the King’s precious prose!
Honest views!
Suggestions bold and true!
The oldest writing lore made new!
All from the desk of Good King James Chartrand,
the source that knows no end!

To scribblers one and all!
Raise your pens
with this poor bard,
and swear this oath
to our Good King James Chartrand!

“Never shall we unsubscribe
from the feed of Good King James Chartrand.

Nor link to him by rel nofollow,
or by any means that’s hollow.

And always shall we spread his word
by Digg and Sphinn and Stumble!”

14 thoughts on “An Ode to Good King James Chartrand”