I happen to like scoundrels. Most of the writers I have known or read were, at some point in their lives, the most terrible scoundrels. I find their adventures and motivations interesting, shocking, and often amusing.

One writer who is more than happy to share the depths of his scoundrelness is Chuck Palahniuk. Mr. Palahniuk’s latest book Snuff received a scathing review in the New York Times by author Lucy Ellman:

So not only has America tried to ruin the rest of the world with its wars, its financial meltdown and its stupid stupid food, it has allowed its own literary culture to implode. Jazz and patchwork quilts are still doing O.K., but books have descended into kitsch. I blame capitalism, Puritanism, philistinism, television and the computer.

Mr. Palahniuk’s readers didn’t seem to mind though. His book was #5 on the bestseller’s list the week Ms. Ellman’s review was published.

Of course, the history of the scoundrel in American letters is long and storied…

Mr. Twain was a renowned scoundrel. As for Mr. Melville, he was most definitely a scoundrel or at least he was until he went to work in a customs office for 30 years. Of course, Mr. Melville didn’t write anything at all during those 30 years. Nothing. And when he got back to writing, it was all rather deflated, which we might conclude as the result of having the scoundrel knocked out of him by steady, boring work.

Just this morning I was reading the TLS review of Theodore Dreiser’s The “Genius” as well as the new edition of his collected letters (volume 1). Dreiser is best known today as the author of An American Tragedy, which to most people means a very large book written by a very boring fellow a very long time ago. However, Dreiser is anything but a boring fellow. In fact, he was something of a world-class scoundrel. For example, he once had an affair with a seventeen year old girl that cost him his job, his marriage, and to some extent his career.

He must behave himself if he truly wished to succeed… It was grim but essential.

Based on this quote from Mr. Dreiser, one might think that being a scoundrel wasn’t all it was cracked up to be, but I’m skeptical especially in light of what Sinclair Lewis had to say about Mr. Dreiser in his 1930 Nobel Prize lecture:

Now to me, as to many other American writers, Dreiser more than any other man, marching alone, usually unappreciated, often hated, has cleared the trail from Victorian and Howellsian timidity and gentility in American fiction to honesty and boldness and passion of life. Without his pioneering, I doubt if any of us could, unless we liked to be sent to jail, seek to express life and beauty and terror.

My great colleague Sherwood Anderson has proclaimed this leadership of Dreiser. I am delighted to join him. Dreiser’s great first novel, Sister Carrie, which he dared to publish thirty long years ago and which I read twenty-five years ago, came to housebound and airless America like a great free Western wind, and to our stuffy domesticity gave us the first fresh air since Mark Twain and Whitman.

Yet had you given the Prize to Mr. Dreiser, you would have heard groans from America; you would have heard that his style – I am not exactly sure what this mystic quality «style» may be, but I find the word so often in the writings of minor critics that I suppose it must exist – you would have heard that his style is cumbersome, that his choice of words is insensitive, that his books are interminable. And certainly respectable scholars would complain that in Mr. Dreiser’s world, men and women are often sinful and tragic and despairing, instead of being forever sunny and full of song and virtue, as befits authentic Americans.

They say great themes make great novels.. but what these young writers don’t understand is that there is no greater theme than men and women. 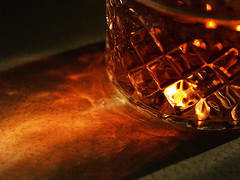 O’Hara was no saint either. He was a drunk and a scoundrel and it is from this well of pain that he produced his most powerful works. This is not unlike Raymond Chandler’s work or really quite a majority of the literary canon.

I’m not suggesting that writers go on a bender to produce great work. Nor am I suggesting that writers take up infidelity or any other vice. However, I believe there is much to learn from the scoundrels of literature. They reflect some of the most powerful forces in human nature and more writers would do well to study their lives and their works closely.

Unfortunately, I cannot claim to be much of a scoundrel. I’m mischievous at worst (or best depending on your point of view). Still, I can’t say I haven’t tried… 🙂