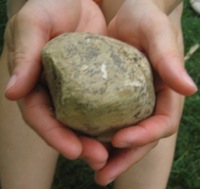 On Sunday, I wrote about inspiration. I told you a story about a sunrise and the effect of spending time with someone who is pursuing their passion. When I finished writing that piece, I went off to my journal to think a bit more and I spent the next two hours immersed in the reality that yet another year has passed and I am only a wee bit closer to my own dream.

It must be that time of year because other writers are evaluating their lives, reaching out to their readers asking for stories of silent suffering, and making promises to be better. I value their words and their vision. I admire their strength.

When you start this journey, you may begin with an idea that your life is going to take a certain path. Of course, you learn quickly that life doesn’t quite work that way. There are responsibilities. There are things that need doing.

I italicize those points because they’re not my words. Oh, I’ve said them often enough – don’t think I haven’t – however, they are not words that belong to me. They are words that come from some other place and I’ve draped them over my shoulders to protect me from myself.

Does that sound strange to you or does it sound familiar?

I spend a great deal of time here talking about fear. The fear of writing. The fear of failing. The fear of success. The fear of disappointing others. What is it about that fear that drives you to wall yourself off from your desires? What causes you to drive yourself into the arms of fear instead of happiness?

Is it money? Is it security? Is it love? Or is it simply that you don’t want to be an embarrassment to others? You don’t want to let down the people who’ve come to depend on you?

These reasons are poor substitutes for happiness. At some point, you will realize that despite everything you have achieved in life you – if you have not followed your dream – you will have traded your heart for a coward’s death.

Few will remember how you died, but many will recall that you never lived

At one point in my life, I did what I wanted when I wanted and how I wanted. Life doesn’t really work that way now or rather I don’t let it work that way. Instead I allow life to work the way I believe others expect it to work. I am often embarrassed by who I am, because who I am does not fit the expectation.

In the past, this would be the point where I would enter a period of frenzied work to change everything in my world. I’d quit my job or try to start some new venture. I’d go to the store and get everything I needed to get “back to my diet”. I’d exercise… Eventually, though, the pressures of daily life would intrude and I wouldn’t be able to do that. I’d feel guilty or worried. Guilty about spending time on myself or worried that I wasn’t doing enough to feed the expectations.

A life is created one day at a time

Neither the manic pursuit of life-altering change nor the wallowing in misery is particularly healthy. Lasting change comes as a result of a steady and even pursuit of passion. Just as finishing a book comes from the constant application of butt-in-chair and dedication to the story.

My life, pure and simple, is about writing and the written word. Writing is my passion. Stories are my soul’s desire. I write and there is nothing wrong with that.

I was reminded by a comment recently that inspirational pieces are often written as much for the writer as the audience. I have to agree. Most of the posts I write here are placeholders in the journal of my life, reminders of who I was on one particular day. I’d also like to think that by sharing such thoughts I build, however slowly, a life that is going in the right direction.

It may not seem like it by the tone today, but I do think it’s working.

14 thoughts on “The Stone Heart: Picking Up When Inspiration Leaves Off”