Some people may scoff at the idea of making things, but I guarantee that if you look into the past of the most curmudgeonly misanthrope you’ll find a kid who made things. It’s the most natural thing in the world for a human being to do.

In my experience, nothing kills the urge to make a thing faster than wondering why you want to do it in the first place. All those worries I mentioned (and a good deal more) tend to line up on the side of Why and form a very plausible argument that the whole thing is best avoided in the first place.

But there is a simple answer to this question. Chances are, your parents used it on you when you were a little kid.

This is the perfect answer to every Why. It leaves no room for further discussion or debate. It is what it is and that’s the way it’s going to be.

Someone trying to answer Why might say something along the lines of:

“What I was really giving up is wondering why I did a thing that is just plain natural for me to do. After all, I make stuff. It’s what I do. Ask anyone who knows me and they’ll tell you that no only do I make stuff, I’m sort of prolific in the making of stuff. Furthermore, when I’m not making stuff, I tend to get depressed. I sort of think that’s what’s wrong with the world.”

Isn’t that so much easier? Wouldn’t you rather just say Because whenever someone asks you Why? Of course you would. It’s so much faster and convenient. it eliminates all need for debtate. It lets you get on with the getting on, which is what everyone really needs.

And you thought I stopped writing? Not a chance. I make things. It’s what I do. 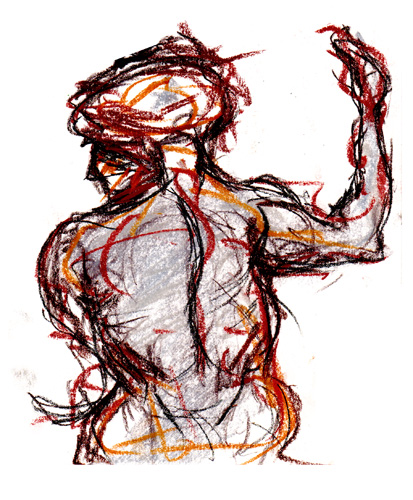 Sometimes I make people happy. I hope I did that today.